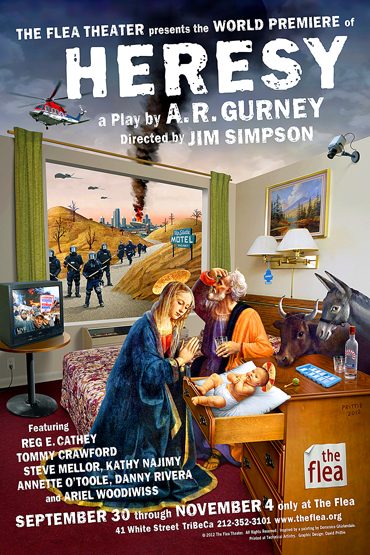 “The arguments made are compelling — as well as highly critical of the status quo. And Gurney includes just enough humor to make this information easily digestible while not diluting its bite.”
-Theatermania

“A consistently amusing and well-played take on the state of the union.”
-Blog Critics

In a parade of government imprisonment, immaculate conception, religion, politics, cocktails and one articulate working girl, Heresy views the not-so-distant-future through the satiric and hilarious lens of A.R. Gurney. Just in time for the 2012 elections. Only at The Flea.

A.R. Gurney has been writing plays for over fifty years. Among them are: The Grand Manner, Scenes from American Life, The Dining Room, The Middle Ages, The Cocktail Hour, Love Letters, Sylvia, Far East, Ancestral Voices, Big Bill Indian Blood, Crazy Mary, and Buffalo Gal. At The Flea he has premiered Post Mortem, O Jerusalem, Screenplay, Mrs. Farnsworth, A Light Lunch and Office Hours. He has also written three novels, a few television scripts, several unproduced movies, and the librettos of two operas. Gurney is a member of the Theatre Hall of Fame and the American Academy of Arts and Letters. He has honorary degrees from Williams College and Buffalo State University, and taught literature at M.I.T. for many years. 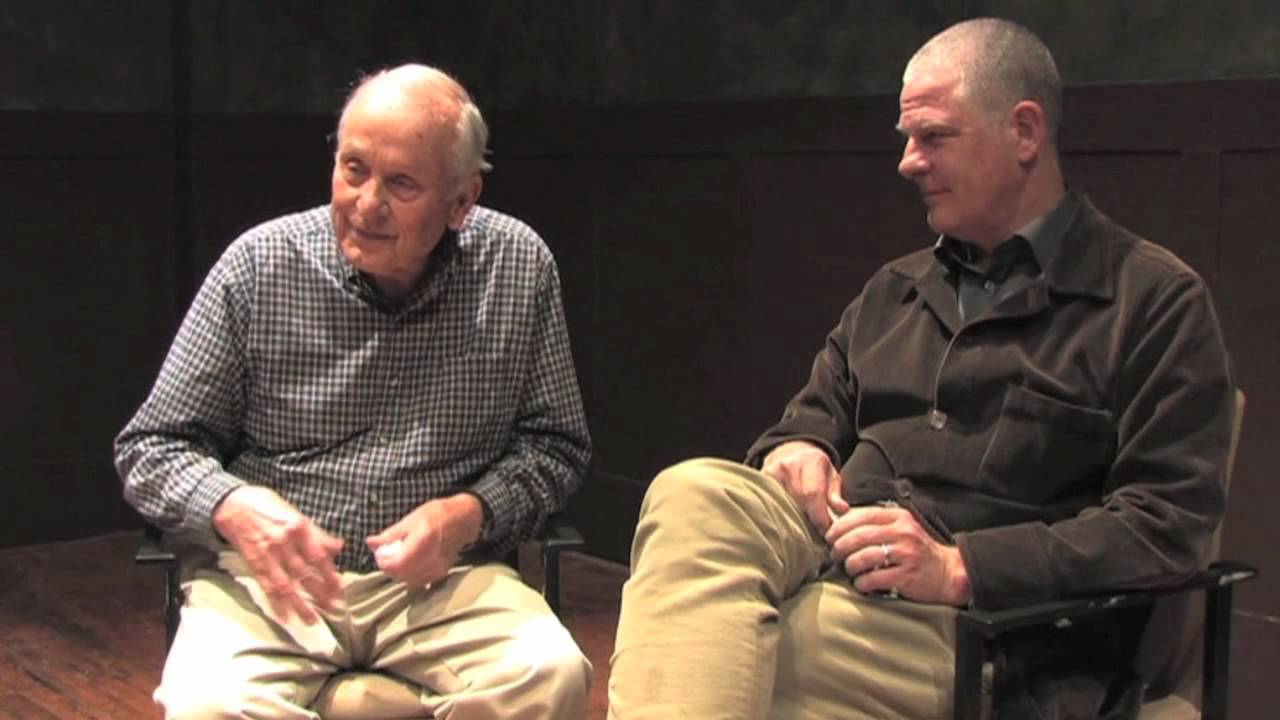