Guest Productions at the Flea

While the Flea Theater company is still on hiatus, we are pleased to share information about upcoming productions that are renting our spaces. The following links will take you to their external sites. Please contact them for all questions regarding ticketing, seating, show content, and timing.

We require proof of at least one dose of a vaccination at the door with identification and audiences must wear masks. You may be subject to additional requirements, please refer to your show’s information page. 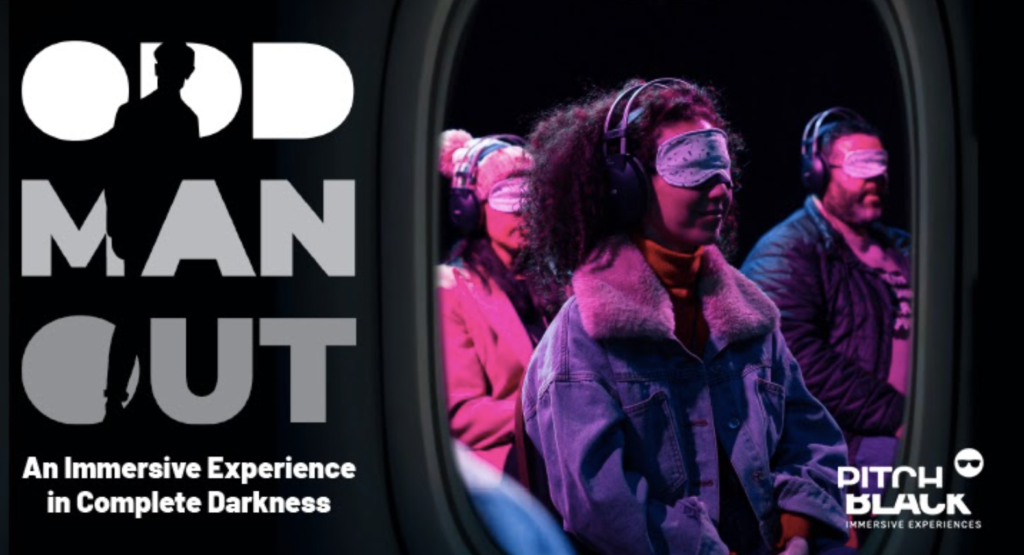 ODD MAN OUT IS AN IMMERSIVE EXPERIENCE IN COMPLETE DARKNESS
The performance includes a 360 º binaural audio system, sensorial special effects and ultimately uses the darkness to bring the audience to a new light.
Immerse yourself in the story of Alberto, a blind musician traveling home from New York to Buenos Aires, Argentina after decades of self-exile. As you enter Alberto’s story you begin a multi-sensory journey of love, prejudice and fears that were left behind. This interactive experience will awaken your senses and test your limits.
Available in English and Spanish!
Running time: 65 minutes. no intermission
advisoral age: +13

VISIONS Contemporary Ballet presents In Truth and In Light 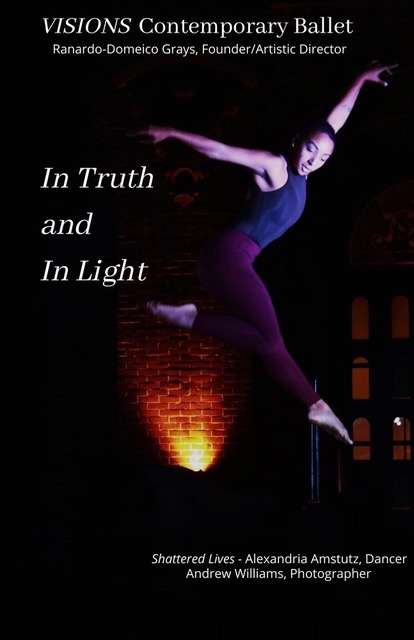 The evening’s performance features Shattered Lives, a new ballet choreographed by Ranardo-Domeico Grays, Founder/Artistic Director of VISIONS Contemporary Ballet, recently commissioned by the Jamaica Center for Arts & Learning for the Making Moves Dance Festival 2021 ~ To Life. With music by Vir-Amicus, Patrick Avalon and Terence Trent D’Arby, Shattered Lives is about vulnerability, devastation and lack of control while facing unfortunate events and negative situations. The company will also perform two other heartfelt works: Still Healing, inspired by stories of people who experience pain and suffering through no fault of their own, yet they persevere, and Roots, rooted in prayer, about self-growth.

Grays, a Harlem-based African American choreographer and brain cancer survivor whose inspirational work centers around humanity and life, says it is exciting that the company is back on stage to uplift, celebrate diversity, and promote healing. Rooted in African American heritage with multicultural influences, the company can be enjoyed by audiences of all ages, abilities, communities and backgrounds.

In Truth and In Light is made possible in part with public funds from Creative Engagement, supported by the New York City Department of Cultural Affairs in partnership with the City Council and administered by LMCC. 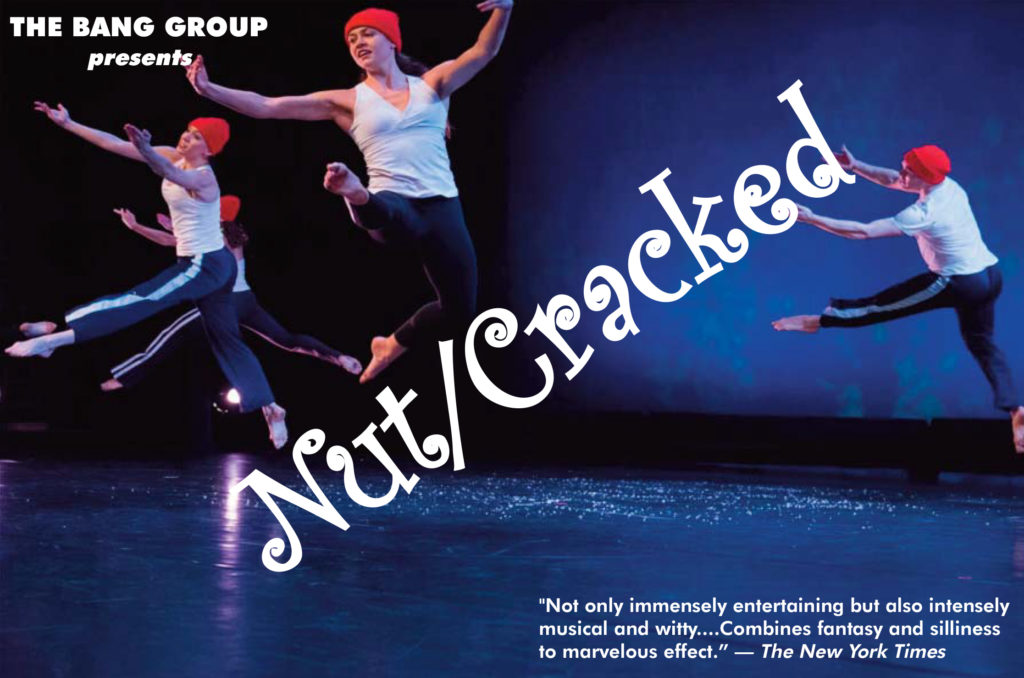 ABOUT THE SHOW
Nut/Cracked–The Bang Group’s beloved, witty response to The Nutcracker–has delighted audiences for nearly two decades. Nut/Cracked takes its inspiration from all corners of the dance canon from tap riffs to en pointe ballet by way of bubble wrap, disco, and Chinese take-out noodles.

“You never know what’ll happen next, but when it’s over you find…a passionate declaration of naivete in the best sense: innocence regained.”
— Alastair Macaulay, New York Times

DO I NEED TO BE FULLY VACCINATED TO ATTEND NUT/CRACKED?
All audience members will be required to show proof of vaccination before entry. Accepted forms are Excelsior pass or valid vaccine card. Audience members must also wear a mask that covers their nose and mouth at all times within the performance area.