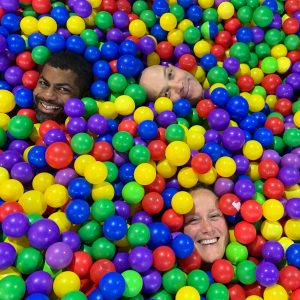 Pulitzer Prize and Tony Award-nominee Taylor Mac is no stranger to The Flea. Taylor and Flea Artistic Director Niegel Smith have collaborated on a number of creative projects, most notably Taylor’s radical Pulitzer Finalist, A 24-Decade History of Popular Music. In this exclusive Flea Chat, Taylor & Niegel discuss The Fre, The Flea, and what it means to get in the mud!

Niegel Smith: Here we are – in workshop! The Fre is finally happening!

NS: So, can you tell us what The Fre is about?

TM: The Fre has a lot to do with our polarization. I’ve taken two different worlds: a world of intellectual pursuit and a world of base sensuality and humanity, and I’ve squished them together! So, they’re trying to figure out how to exist with each other in this very rambunctious, filthy world. And, the entire play is set in a mud pit! It was really an opportunity for me to write a play that would have been useful to me to see as a kid, which I never got to see. It’s a Queer All-Ages Play!

NS: Where did you first start writing The Fre? Were you really in a mud pit?

TM: I was on a silent retreat in the middle of dry Texas, near San Antonio. It was on a beautiful ranch, and there was this swimming hole – it was a little like a quarry, with fish and lily pods. It wasn’t pristine, but it was the most gorgeous swimming hole I’ve ever been to in my life! There was something so healing; it felt like communing with the earth. I just found that by being quiet, I could listen to the writing and not the chatter of the world. So, I wrote the entire first draft in ten days.

NS: Why a mud pit? Why is the audience in the mud with us?

TM: I actually think it goes back to the ACT UP movement, and the idea that you do not need to ask permission to participate in the creativity of your own survival. I didn’t want to just comment on the world that is, or wish for a different world. I wanted to manifest a better world through the work I’m making. We have to rely on each other and we have to use our radical imaginations. Because we are all in the mud together and we have to find our way out.

TM: The Fre are Americans, but that particular part of America that is tied down to the narrative of anti-intellectualism.

NS: And you’re asking us to jump in the mud pit with them?!

TM: YES! Well, I guess what I’m saying is we are in the mud with them, already. Right now, you can’t turn on the news without feeling like the leading narrative is anti-intellectualism. I don’t think there has ever been a time in this country in which we fully embraced the idea of asking questions; there is too much assuredness here. I want to manifest a world in which people of all ages can participate in intellectual pursuits with total wild abandon. This play asks the audience to disobey all rules, and everyone is in the awkward position of having to participate in this strange universe we’re making.

NS: And we’re going to a ball pit tomorrow!

TM: YES! The play is written to have mud everywhere, but we’ve changed that to a ball pit. I think that’s really fun! It’s less messy, but also more accessible. A lot of people won’t go to see something where they get dirty. So, I thought, well that’s a nice creative solution: Metaphorical Mud! Everyone loves a ball pit.

NS: I want to take us to some Flea roots. You were a Bat!

TM: I was! I came to The Flea about sixteen years ago, and it opened up my brain. You can be conscious about social justice and the pain people are dealing with, and that can be part of theater! As a kid, it was the first time I had that thought. My time at The Flea was transformative.

TM: I do a lot. I think that’s the Act Up in me. I feel like I don’t need to apologize for surviving. I can chisel space for myself, and I learned that from the Flea artists that make the thing, rather than just commenting on the thing. We make theater.

NS: Our mission at The Flea – given to us by Mac Wellman – is to raise a joyful hell. I think about how it feels so right for The Fre to be at The Flea, in the bodies of The Bats. They are the kind of performers who will go anywhere.

TM: YES! The Bats are always ready to JUMP! I love working with people who are game to go BIG and find the intimacy within that, rather than starting small and trying to get them to jump.

NS: Your art has been downtown, it’s been in cabarets, it’s been on Broadway, it’s been in Opera Houses in Berlin! Why does it make sense for The Fre to be downtown?

TM: You know, I’m in it for the hang. I want to be where the artists and ideas and collaborators are. You were here, The Bats are here – and I wanted to hang out! I think it’s almost that simple, and that’s the authentic experience for me, in this play. The Bats are always going to say YES; they’re always going to try. I like working with people who want to say YES! There’s a youthful spirit in this play, and it needs young people to make it. I feel like the people here are genuinely passionate and excited to make work. 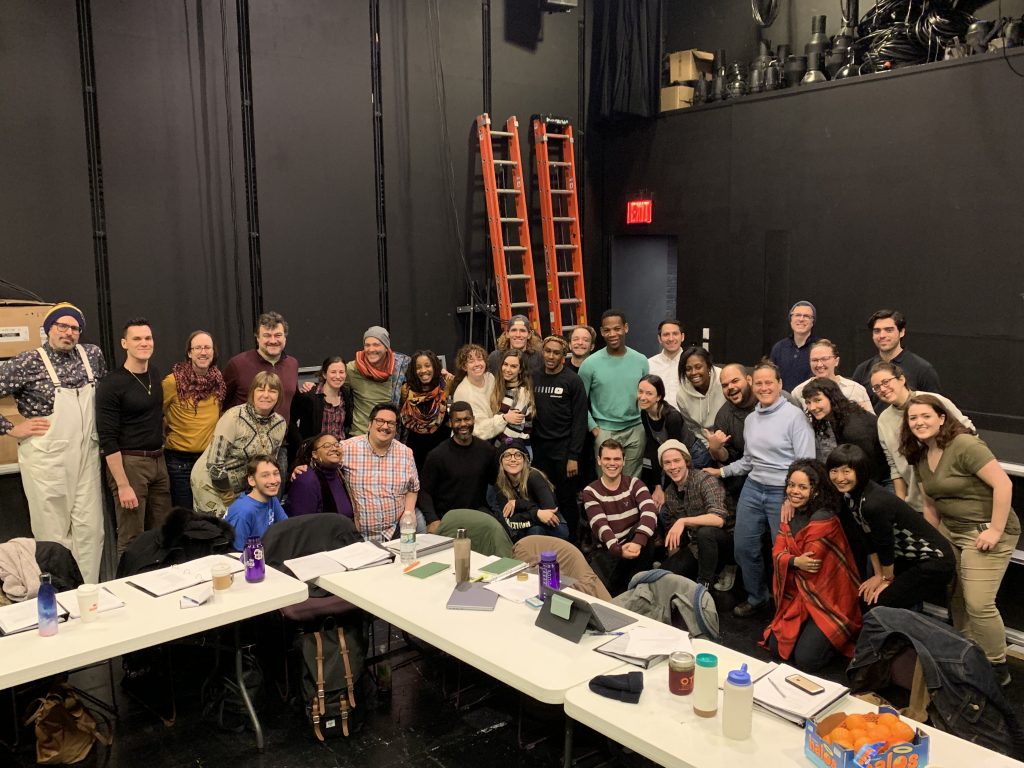