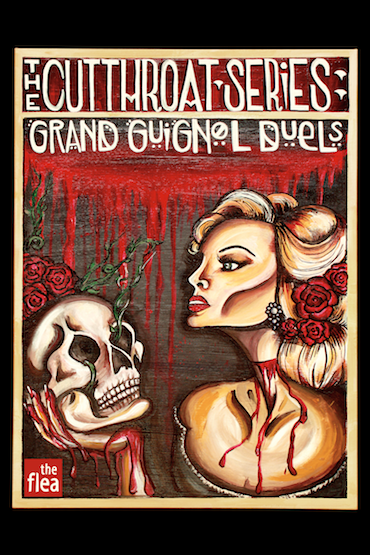 The Flea Theater has completed the most terrifying 4 part theatrical event of the fall – THECUTTHROAT SERIES: GRAND GUIGNOLDUELS. Each audience voted on their favorite play of the 4 pods (Gore, Cruelty, Night Terror, and Lust), and 4 plays are returning for a limited run this January 15-25. These turn of the century French plays alternate between ghastly horrors and carnal comedies to create a gripping, deplorable evening of theater.

Night Terror Winner:
AGNOSIOPHOBIA
Written by Jason Gray Platt and based on a play by Giuseppe Giacosa
Directed by Rachel Karp
Featuring Matt Stango, Marlowe Holden, Jack Gilbert, and Ellie Phillips
A man’s curiosity threatens to destroy his family. Can he ignore the secrets of those he loves, or will his fear of not knowing consume him?