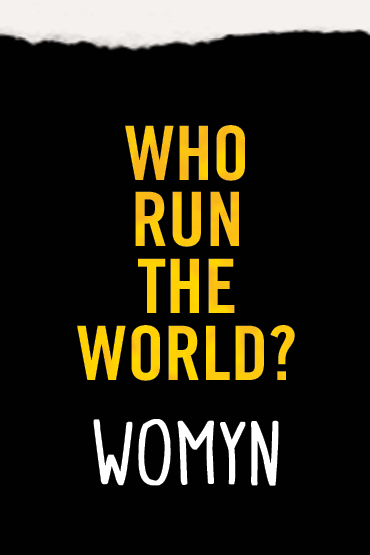 Performances are Thursday–Monday at 7pm, with Sunday matinees at 3pm. Tickets start at $15 with the lowest priced tickets available on a first-come, first-served basis.

ms. estrada
by the Q Brothers Collective
Directed by Michelle Tattenbaum
Featuring The Bats
March 22 – April 22
in The Sam

The boys at Acropolis U are too preoccupied with the Greek Games to treat their ladies right. But fierce feminist goddess, Liz Estrada, rallies her besties to take a stand – and campus chaos ensues. A Hip-Hop remix of Aristophanes’ classic comedy, ms. estrada may well be the Girl Anthem of 2018.

This world premiere will be music directed by Postell Pringle (a member of the Q Brothers), choreographed by Ana “Rokafella” Garcia.

Performances are Wednesday–Monday at 7pm, with weekend matinees at 3pm. Tickets start at $15 with the lowest priced tickets available on a first-come, first-served basis.

Get ready for some RUFF bitches! When Pipsy, a pedigree cocker spaniel, lands at the Bitchfield Animal Shelter, she becomes the center of a turf war between the dogs and the cats. Initially a long running #serialattheflea, LOCKED UP BITCHES is a sweet, psychotic, queer, and outrageously funny hip hop musical parody of a certain Netflix women’s prison drama.

World Premiere. Performances are Wednesdays at 7pm, Thursdays at 9pm and Friday-Saturday at 11pm. Tickets are $15.

“Give Us Your Children Again and Again!” as we premiere the third and fourth episodes of Cereals, a program of live short plays for families with children ages 5 and up. The Flea commissioned five up-and-coming writers to develop ethnically diverse and culturally specific interpretations of folk tales. Get ready to be taken around the globe by gutsy heroes in all shapes, sizes and ethnicities who face real life problems with aplomb. The shows feature fairytale violence but affirming life lessons for children with imaginations.

Flea Fridays
curated and directed by Niegel Smith
January 26, April 13, May 4
in The Pete

Flea Fridays is an immersive cabaret in residence in The Flea’s indoor/outdoor theater. Each Flea Friday features some of downtown’s most daring artists, from musicians to choreographers to burlesque performers and poets, who invite audiences to engage with our most pressing social questions. Hosted by The Fridays (a band of charming Bats) this bold new project will be back in January, curated and directed by The Flea’s Artistic Director, Niegel Smith and will tackle the question “how will freedom ring?”.

Performances are at 5pm. Tickets are $15 and include a free drink.

Late night at The Flea continues with Serials @ The Flea. Monthly cycles kick off for the year on February 1. Now counting 42 sold-out cycles, this raucous late-night play competition featuring some of NYC’s hottest young playwrights runs through May 12. Two members of The Flea’s resident acting company, Matt Stango and Rachel Lin, will produce.