Directed by & Choreographed by Gabrielle Revlock 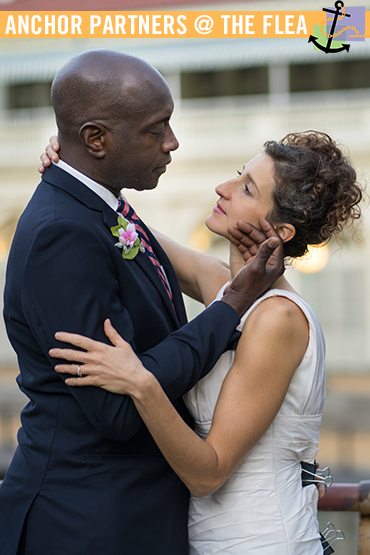 SEX TAPE is the second project where Gabrielle Revlock has recreated a moment in her life but shifted the focus by removing the man. In 2016 she premiered, I replaced him with a lamp, a solo extracted from an accidental video recording of herself receiving verbal feedback from an older, established, male artist. For SEX TAPE the found choreography between Revlock and a male lover, documented on video, has been reconstructed by Revlock and a longtime female friend. “I wanted to complicate notions of what friendship can look and feel like, repatterning my own search for care” says Revlock. “On a visit to the National Portrait Gallery I came upon a sculpture by Patricia Cronin of two women, her and her partner, embracing. It wasn’t passionate, it was tender. And while the work is titled Memorial to A Marriage and depicts two lesbians who would not have the right to marry for another 10 years, what I saw was a depiction of care that resonated with me and transcended the politics of sexuality and legality.” In the midst of the #metoo movement SEX TAPE physicalizes and brings into the public sphere an image of care and a positive representation of touch. As a supplement to the performance text exchanges between Revlock and potential suitors have been posted to Instagram (@gabriellerevlock).

Nuptial Blitz** is an exploration of the choreography of wedding photography – how shape and tableau, and the use of space and touch convey emotion and story. For this interactive performance five audience members will be invited to participate in the contemporary ritual that is wedding photography, posing alongside the artist as her partner. Participants will receive a wedding photograph following the performance. Revlock remarks, “To dress up and take wedding photos with friends and acquaintances doesn’t feel that odd because the practice itself is very much rooted in fantasy.” This irreverent and playful project brings our attention to a growing cultural practice and democratizes the image of love. To view wedding photos Revlock has already taken follow her Instagram.

**This is a work-in-progress showing of Nuptial Blitz. Your participation helps shape the development of the work! The artist requests five volunteers per night to be guided through a series of wedding poses as a photographer takes pictures. Participants will go backstage at intermission, guided by a bridesmaid, and be given formal wear to change into. If you are interested in being in wedding photographs, or would like to know more about what to expect if you volunteer please email info@manodamno.com. Questions welcome!

Nuptial Bliss is made possible in part with public funds from Creative Engagement, supported by the New York City Department of Cultural Affairs in partnership with the City Council and the New York State Council on the Arts with the support of Governor Andrew Cuomo and administered by LMCC.

SEX TAPE was developed though a 2018-19 artist residency at The Painted Bride Art Center. Nuptial Blitz was developed with support from a 2019 Fellowship through the Target Margin Theater Institute. 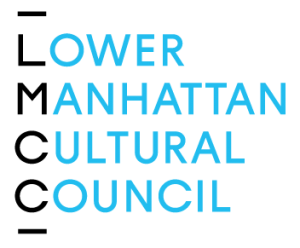 Gabrielle Revlock is a dance-maker whose work often depicts complicated but relatable interpersonal relationships using a vocabulary that embraces the pedestrian, abstracted by degrees. Described by the press as inventive, rambunctious, and mesmerizing the work has been presented at American Dance Festival, JACK, Gibney, FringeArts, Joyce SoHo, Barnes Foundation, Art Omi, Center for Performance Research, New York Live Arts, Kelly Strayhorn Theater, Seattle International Dance Festival, Philadelphia Dance Projects, ODC, Velocity Dance Center, Dance Place, Joe’s Pub, Provincetown Dance Festival, and Annenberg Center for the Performing Arts among others. Internationally she has performed in Japan, Netherlands, Singapore, India, Hungary and Russia. Her work has been supported by LMCC, The Pew Center for Arts & Heritage, Independence Foundation, a LAB Fellowship through FringeArts, PA Council on the Arts, SCUBA National Touring Network for Dance, Puffin Foundation, Foundation for Contemporary Arts, and the US Department of State. She is a 2019 Target Margin Institute Fellow and was awarded ‘Newcomer of the Year’ by tanz, the German journal of ballet, dance, and performance for Show No Show which was presented at the Flea in 2018. Choreographic residencies include Chez Bushwick, Elizabeth Streb’s GO!, LiftOff, Dance Omi, Culture Mill in cooperation with American Dance Festival and New York Live Arts’ Fresh Tracks. As a dancer, she has performed for Lucinda Childs, Jumatatu Poe, Susan Rethorst, Christopher Williams, Vicky Shick, Bill Young, Jody Oberfelder and is a company member with Jane Comfort and Company. Revlock has taught at The Fabric Workshop and Museum, American Dance Festival, Barnes Foundation, Abrons Arts Center, Movement Research and Gibney. Interested in bridging experimentation and populism, she created the online video “So You Think You Can’t Understand Contemporary Dance?,” a two-minute conversation with her favorite five-year-old which has 20.6K views. manodamno.com