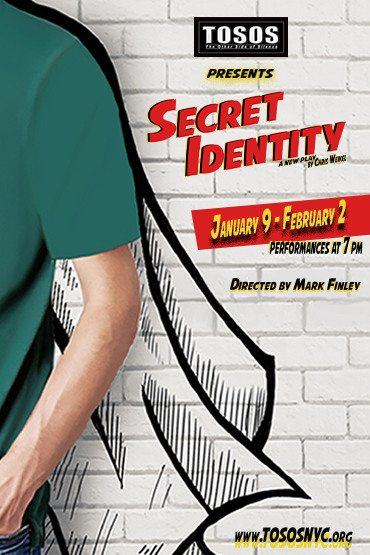 The world can be unbearable when the school bully paints a target on your back. For 16-year-old JT, it means retreating to the safer and terrifically exciting world of spandex-clad super heroes he’s created. Things get complicated, though when his imaginary, square-jawed hero Paladin suddenly has competition in the form of the very real, but equally square-jawed, and dazzling new kid in school Trey. Lines between the real world and the imaginary world start to blur, and JT may become a casualty of his own storytelling. When adolescent fantasies come in heroic proportions it’s difficult to keep them under wraps.

Playwright Chris Weikel, whose previous work Fern Siegel described in the Huffington Post as “witty” and “clever” gives voice to the many ways bullying can wreak havoc in the lives of LGBTQ+ youth. It shines a light on the decisions many who feel marginalized must confront in a society where bullying has become the norm.