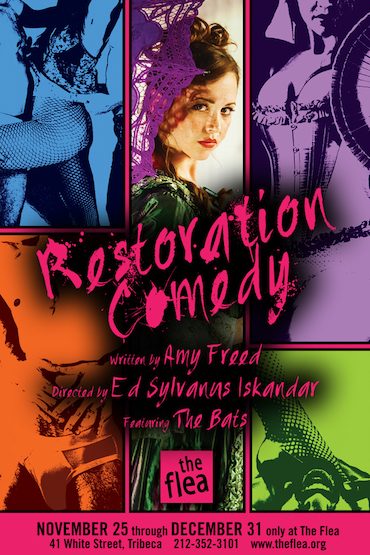 “As performed with insouciant wit and indefatigable physicality by the attractive and flamboyantly costumed young members of the Flea’s resident acting ensemble, the Bats, “Restoration Comedy” celebrates a libertine spirit that’s hard to deny.”
-The New York Times

“The most original and energetic theatrical experience I’ve had this season, and comes wholly recommended.”
-Exeunt Magazine

“I walked out of the theater tonight with my energy for theater-going restored. Some shows, like some people in life, can suck the energy right out of you. Other shows, and people, give you energy. You should find the theaters that inspire you and make you happy, and spend time with them. The Flea is one of those places for me. I walked out into the cold night fortified with three and a half hours of a great show, a few drinks, and some delicious hors d’oeuvres. So if you want a full night experience that includes all of these things, head down to the The Flea’s Restoration Comedy and let’s have a comedy!”
-The Huffington Post

When virtuous Amanda Loveless learns that her rakish dead husband is very much alive, it’s time to stop mourning and start plotting. With the help of the gallant Worthy, she disguises herself as a lascivious new mistress to tempt her husband back into her bed. As she triumphantly claims her man, she begins to question whether her marriage is the only true source of happiness. Wicked wit, irresistible intrigue and fabulous fashion combine through a dizzying kaleidoscope of Restoration characters, all chasing the joys of love.

Director Ed Sylvanus Iskandar is creating a modern-day Restoration experience. The play will begin with a baroque musicale while guests sip on unique holiday cocktails created by Macao Trading Company. Intermission will feature a variety show with hors d’oeuvres, also from our friends at Macao. To end the evening guests will be able to join in a post show dance party and enjoy more libations to aid in the merrymaking. This Flea experience is poised to be all play and all party. Of course every ticket includes bottomless cocktails. Only at The Flea.

Iskandar says, “My fascination with the play is rooted in its thoroughly post-modern examination of our right to love freely – told through the lens of the bawdy, fashionable, larger-than-life world of the Restoration, which ultimately posits that ‘while clothing and manners and music may change … some things don’t.’ The Restoration theatre was the social capital of its time, and this production will reimagine that culture in a joyous celebration of society, song and dance.” Echos Ms. Freed, “My hope in working on this material was always to introduce the pleasures of the Restoration era — its high and low comedy, its sexual freedom, its embrace of life and high style — to a new generation. What an ideal company and director for this play.”

Restoration Comedy is a radical combination of two plays – Colley Cibber’s Love’s Last Shift and John Vanbrugh’s The Relapse. Cibber’s Love’s Last Shift was 1696’s biggest hit. Vanbrugh so despised the play that he wrote a sequel to undo everything he found inauthentic, creating The Relapse – which became the rival sensation of the season. The combination of these plays– itself an homage to the Restoration fad of sublimating existing sources – brings us smack into the middle of a thoroughly modern marriage debate: is it a legal union, or a stitching of souls?

Amy Freed is the author of Restoration Comedy, The Beard of Avon, Freedomland, Safe in Hell, Claustrophilia, The Psychic Life of Savages, You, Nero and, most recently, The Monster Builder. Her work has been produced at South Coast Repertory Theater, New York Theater Workshop, Seattle Repertory, American Conservatory Theater, Yale Rep, The Wilma Theater, California Shakespeare Theater, Berkeley Rep, the Goodman, Playwright’s Horizons, Woolly Mammoth, Arena Stage and other theaters around the country. She is an Artist-in-Residence at Stanford University and a current Playwright-in-Residence at Arena Stage in Washington, D.C. Freed is currently completing work on a script about the American social experiment known as the Oneida Community. She’s also working on commissions for the Arena Stage and Berkeley Rep. 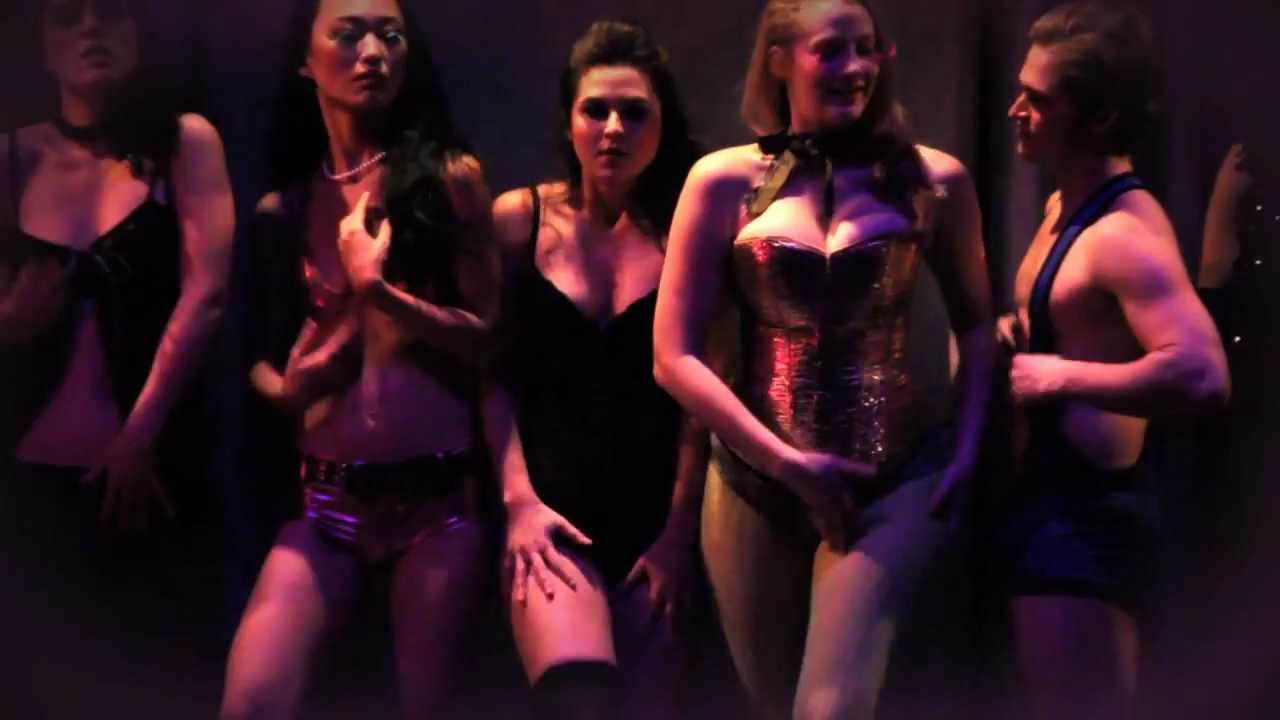 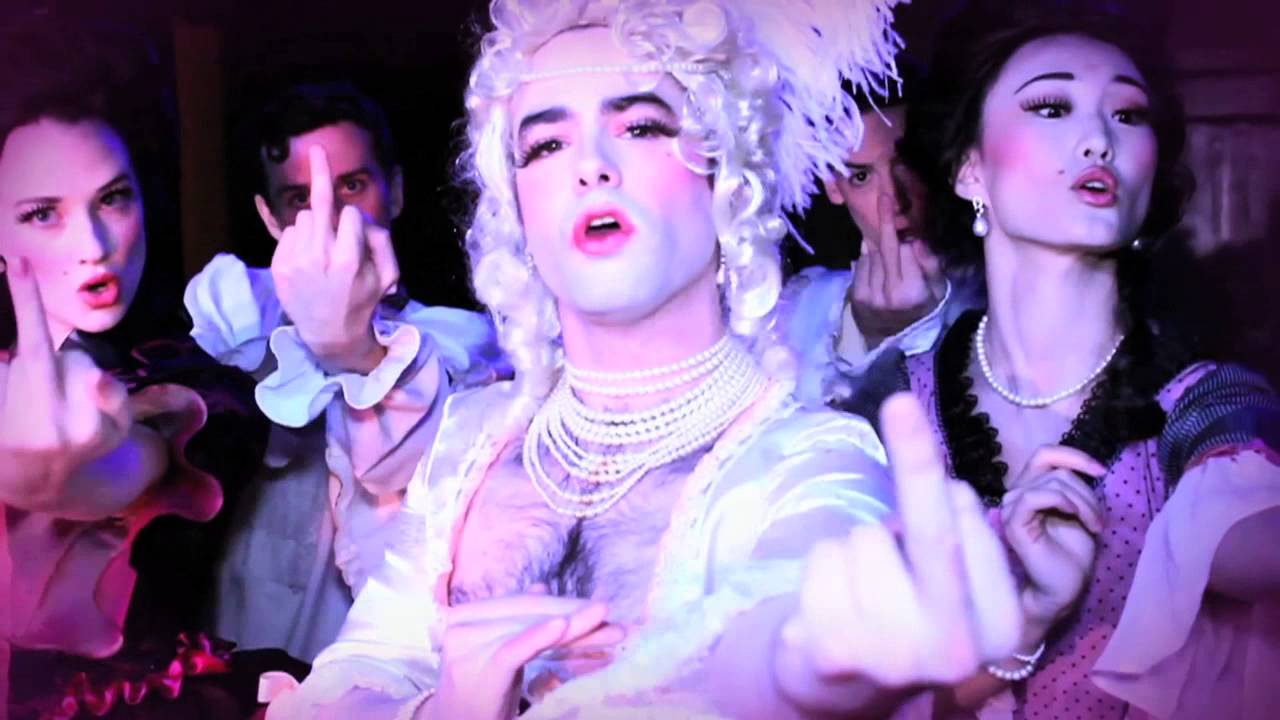