Not then, not yet 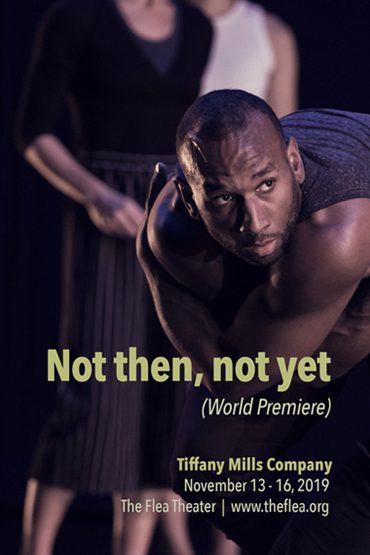 Choreographer Tiffany Mills’s Not then, not yet, created in collaboration with Puerto Rican composer Angélica Negrón and French vocalist/composer Muriel Louveau, examines states of transition, drawing inspiration from the liminal space between endings and new beginnings. The artists’ initial interest in liminality comes from Mary Shelley’s life and early writing—specifically her examination of the threshold between creation and destruction, integration and isolation. Ruminating on what it means to be in between, the collaborators now look at portals and passageways through a 21st-century lens. Negrón’s blend of electro-acoustics mixed with classical instrumentation and found sounds, Louveau’s extreme vocal registers and neoclassical influences, and Mills’s raw and unhinged movement create a kinetically charged world that speaks to the subconscious.