By Merril Mushroom
Directed by Virginia Baeta and Mark Finley 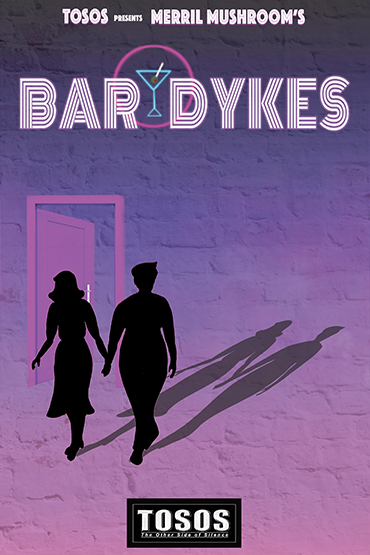 Behind a nondescript door you’ll find a very distinct clientele where you get to immerse yourself into the world of butches and femmes, flirting, smoking and dancing. Playwright Mushroom, drawing on her experiences as a lesbian in the Deep South and New York City in the pre-Stonewall era, transports us into the hidden subculture of lesbian society in mid-century America, and into the women and their relationships in a precarious time. Follow 11 bar dykes as they drink, dance, date, duke it out, and grab a few undisturbed moments. BAR DYKES will be an immersive staging, so the audience can experience and eavesdrop on a girls’ night out captured in time, as it once was.