Leap and the Net Will Appear 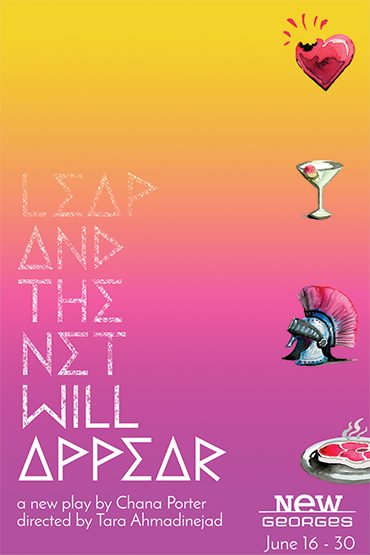 A co-world premiere with The Catastrophic Theatre, Houston

“In this play, we contain secret selves and animals inside us. In an instant, 20 years can pass. We travel the world while standing perfectly still.” What happens when Margie (raised to be a good girl; wants to be a lion) leaves home: twenty years whiz by like a moving train, logic and time escape their usual confines, steaks are eaten, tuxes are worn, the world expands, people transform, there is a rule that is breaking. In a world that is close to ours but is not ours, lions run with limitless grace, we all eat cake, have some champagne.

At New Georges, founded in 1992, we launch and sustain artists (who are women) of assertive imagination — individually, as collaborators, and as a community — and advance their exuberantly theatrical new plays. We serve the largest ongoing working community of women and gender-nonconforming theater artists in New York City with career-transforming productions; a diverse slate of development programs; and The Room, our indispensable workspace, which celebrates its 25th anniversary this year. Honors for New Georges, its plays and its people include 3 Obie Awards, The Lilly Award, the Susan Smith Blackburn and Kesselring prizes. newgeorges.org