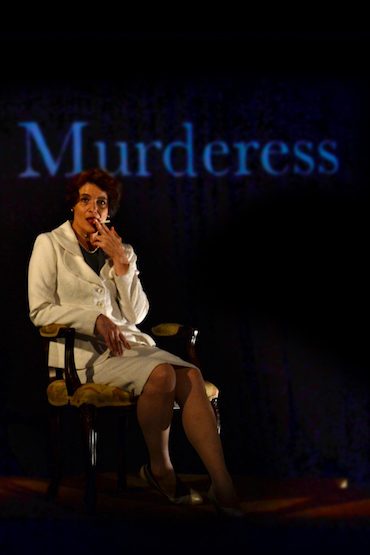 “I haven’t laughed this hard in a play in a long time! Darkly hilarious, and at times deeply touching.”
–DC Theater Scene

Laura Bush is an enigma wrapped in another enigma. She’s shy, beautiful, bookish, and in 1963, she blew through a stop sign and killed a guy. It was probably just an accident. Or maybe, just maybe… it was murder. Join Mrs. Bush for this hilarious and heartfelt evening of real-life reminiscences: of her childhood in Texas (all lies!), of her marriage to George W. Bush (a sham!), and of their rapid ascent to the very pinnacle of world power (an abomination!). Laura Bush Killed a Guy shines a light (headlights!) on the intersection of fact and fiction – a topic more timely than ever – as memories fade, and the Bushes are starting to look like, well, maybe they weren’t so bad after all.

Veteran DC director John Vreeke teams up with actress Lisa Hodsoll, who was nominated for a 2017 Helen Hayes Award for her stunning turn as Laura Bush in this one-woman show. A smart, surreal, and surprising reexamination of the Bush years, written by iconoclastic Klunch artistic director Ian Allen (Angel Shit, Baked Baby).

*Does not include a $2 Theater Restoration Fee. The Klunch utilizes Dynamic Ticket Pricing, meaning that ticket prices change over time. Click here for more information.