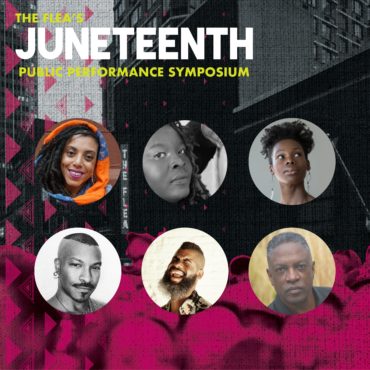 Come hear about the creative process, the intersection of performance and public life, and all the ways liberation can play out street by street in our beautiful city. 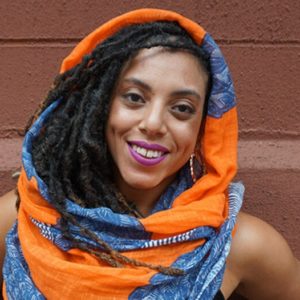 ABOUT NIA WITHERSPOON
Nia Witherspoon is a Black Queer theatre maker, vocalist and composer, and cultural worker investigating the metaphysics of Black liberation, desire, and diaspora, in the context of sacred ecologies. Described as “especially fascinating” by Backstage Magazine, and featured by NPR for her curation of BlackARTSMatter, Witherspoon is NEFA/ NTP recipient, a Creative Capital Awardee, a Jerome New Artist Fellow, an artist in residence at HERE Arts Center and BAX/Brooklyn Arts Exchange, and was a 2017-18 2050 Playwriting/Directing Fellow at New York Theatre Workshop. Her works, MESSIAH, YOU MINE, THE DARK GIRL CHRONICLES, and PRIESTESS OF TWERK have been or will be featured by The Shed, JACK, La Mama ETC, Playwright’s Realm, BRIC, HERE, National Black Theatre, BAAD, Movement Research, BAX, Dixon Place, Painted Bride, 651 Arts, and elsewhere. Witherspoon has been recognized by the Mellon Foundation, NYFA, the Wurlitzer Foundation, Lambda Literary, and Theatre Bay Area, and most recently NEFA/NTP. She holds a BA from Smith College and a PhD from Stanford University in Theatre and Performance Studies, and her writing is published in the Journal of Popular Culture; Imagined Theatres; Women, Collective Creation, and Devised Performance; and IMANIMAN: Poets Writing in the Anzaldúan Borderlands. Witherspoon has held tenure-track professorships at Florida State University and Arizona State University, taught at Fordham and University of Massachusetts (Amherst), and is currently working on a manuscript tentatively titled NATION IN THE DARK: A Black femme spell for justice.