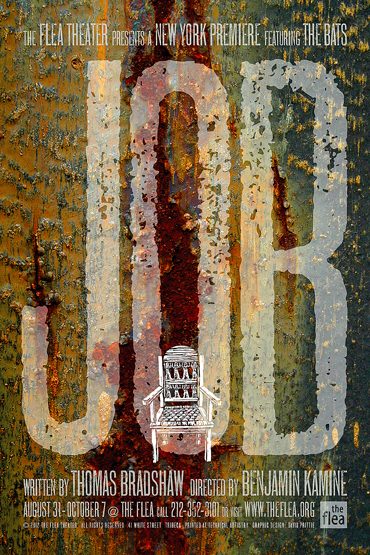 Q. What attracted you to the Job story? And why did you decide to stage it with so much graphic violence?

A. Saying I grew up in the Baptist church would be a stretch, but I was baptized and sat through a lot of sermons. Part of me wanted to present a biblical story without any interpretation spun into it. As for the violence, the Bible is full of sex and violence. God said to Satan, “I allow you to visit unspeakable horrors on my faithful servant Job.” I wanted to play that out, to see what Job had to experience, or a version of what Job had to experience.

Q. At the show I saw, people started laughing during the most harrowing scenes, despite the fact that they were played very straight. Does that reaction surprise you?

A. Those scenes weren’t played for laughs, and that is the thing I’m most adamant about in my work: that actors not tip their hand. It would be O.K. if an audience laughed all the way through, or no one laughed at all.

Meet Job, the wise and powerful judge of an Ancient Israelite tribe. Satan bets God that he can make Job blaspheme God through ever escalating violence and loss. Will Job question God’s promise to reward the righteous, even when his prayers for mercy go unanswered?

In this dark, twisted comedy Thomas Bradshaw brings an honest, un-cynical adaptation of the book of Job. “We are living in this oddly religious moment in America. I did a ton of research. The Talmud has like eight different theories about when Job lived and who he was, so I had to sit down with a Jewish scholar and figure out which would be best for my purposes.”

Ben Brantley on Thomas Bradshaw:
“But perhaps more than any American dramatist working today, Mr. Bradshaw walks — no, make that tramples — the lines that divide the good, the bad and the plug-ugly, both in art and in life. He aspires to amuse, shock, disgust, enlighten, bore and titillate you all at the same time. And as you watch his work, you may find it hard to distinguish which ingredients in this cocktail of responses swim closest to the surface.”

Thomas Bradshaw‘s plays have been produced at regional theaters, in NYC as as well as in Europe. Most recently, his play BURNING ran successfully at the New Group in New York City. In 2011, the Goodman Theater produced his play MARY, which they had previously commissioned. THE BEREAVED, produced by Partial Comfort, was named one of the Best Plays of 2009 in Time Out New York. In 2008, two of his plays premiered in NYC: SOUTHERN PROMISES, at Performance Space 122 in September, and DAWN, at The Flea Theater in November, and both were listed among the Best Performances of Stage and Screen for 2008 in The New Yorker. His plays PURITY, PROPHET and STROM THURMOND IS NOT A RACIST and CLEANSED were produced in NYC and LA. A German translation of DAWN was presented at Theater Bielefeld in Germany in October 2008 and published by Theater Der Zeit in that same month. Mr. Bradshaw received his M.F.A. from Mac Wellman’s playwriting program and is Professor of Playwriting at Northwestern University. He has been featured as one of Time Out New York’s ten playwrights to watch, as one of Paper Magazine’s Beautiful People, and Best Provocative Playwright by the Village Voice. He has received Fellowships from The Lark Play Development Center, Soho Rep. (Streslin Fellow), and New York Theater Workshop. He was the Playwright in Residence at The Soho Theatre in London in February 2009, where he wrote THE ASHES. Thomas Bradshaw has received commissions from Soho Theatre (London),The Goodman Theater, Soho Repertory Theater (New York), The Flea Theater, Theater Bielefeld (Germany), and Partial Comfort Productions. He is the recipient of a 2009 Guggenheim Fellowship, and the 2012 Award from the Foundation of Contemporary Art.

Benjamin H. Kamineis a Resident Director at The Flea Theater. He recently directed the world premiere of Thomas Bradshaw’s Job at The Flea (Timeout Critics’ Pick, “a jolting treat” – Ben Brantley, New York Times). Other directing credits include Medea’s Got Some Issues by Emilio Williams (Best International Show 2012, United Solo Festival at Theater Row), Why Me? by Leah Nanako Winkler (Asking for Trouble at EST) and the upcoming The Man Under by Paul Bomba (59E59). He is a resident director at the Jewish Plays Project and is a member of the Lincoln Center Theater Directors Lab. He also works throughout New York as a sound, lighting, and projection designer, and is a Guest Artist at the Lab School for Collaborative Studies. Previous directing credits for The Flea: The Flying Latke by Arthur Yorinks (2011, 2012); Kathleen Supove and the Electric Sheep; The Shakes: The Honest Whore, Act 4; #serials@theflea: Me, My Girl, and My Grandpa Shmulee by Dan McCabe; Dave Koresh Superstar by Robert Askins (Reading). 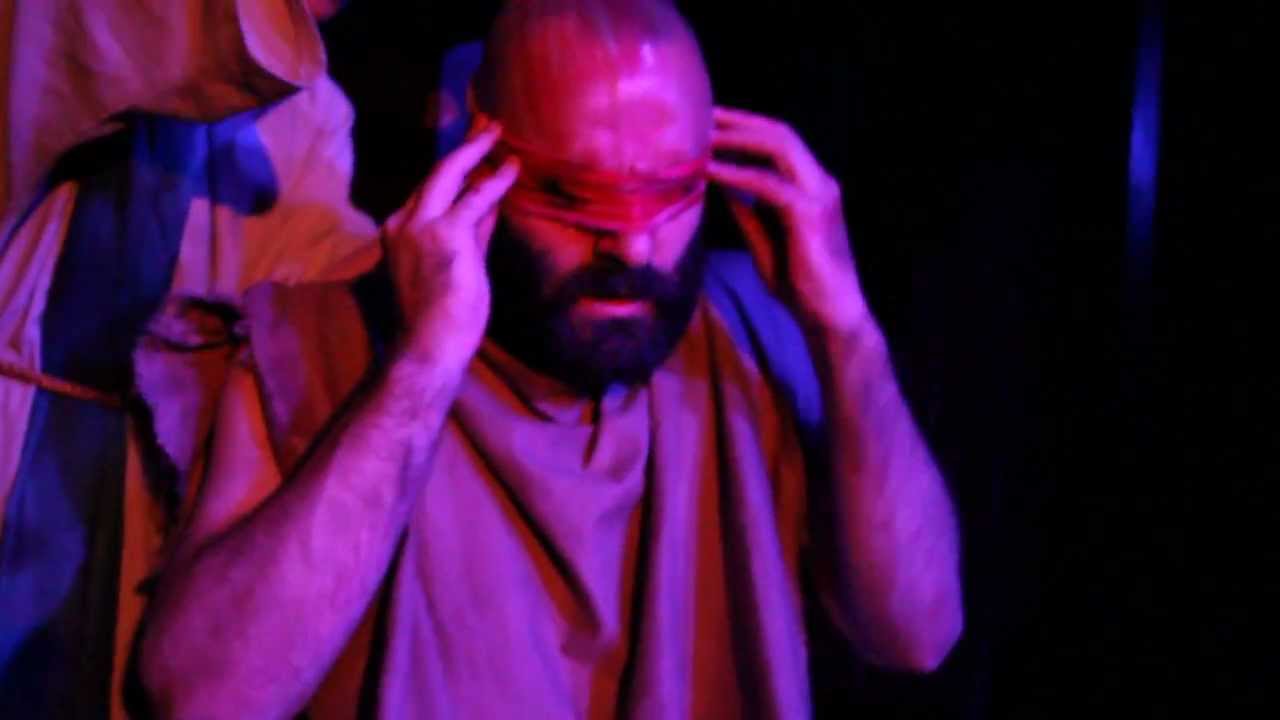