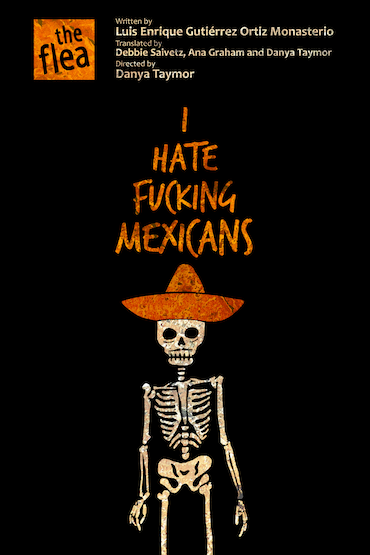 “The production zips along under Taymor’s direction but still retains the sense of an expansive if warped coming-of-age story. With many players taking on multiple roles, the cast moves fluidly around the spare set and falls into periodic and unexpected moments of synchronized movement, as if a hive mind has taken over. The effect is deeply unsettling, especially when followed by an abrupt ending that brings the play’s artifices crashing down. It’s a reminder that for all its cartoonish absurdity, Logan County has the ability to morph all too quickly into something troubling and eerily familiar.” – Backstage

“I Hate Fucking Mexicans doesn’t just offer up stereotypes for stereotypes’ sake. Every fucking word counts. This pointed and playful commentary on stereotypes – particularly of immigrants – feels incredibly relevant with the upcoming November elections. The Flea is to be congratulated for such a bold and wildly entertaining production.” – Stage and Cinema

“The incredibly talented and able cast handles the text with skill and precision, turning each twisted phrase with just the right amount of uncanny sincerity and elevating it with carefully choreographed physicality.” – Woman Around Town

“This play does the nearly impossible: it finds beauty in ugliness. An adventurous song of pure theatre — delivered by a courageous and sexy cast — examining the dark and brutal truths of the American adventure.”

Traditions should be respected.

Translation of I Hate Fucking Mexicans by Debbie Saivetz, Ana Graham and Danya Taymor was created for and originally presented in the “Hecho in Mexico” Reading Series, Co-produced by The Play Company and Por Piedad Teatro in New York City, May 2012

In a celebration of bigotry, a woman in a border town recounts the racial tensions that divide her community and lead to an explosive encounter. The play enters a bizarrely poetic world that is both disturbing and funny. Written by one of Mexico’s most well known playwrights, it explores the strong sentiment of fear and hatred that comes with the unknown.

Playwright Luis Enrique Gutiérrez Ortiz Monasterio says, “I Hate Fucking Mexicans is a caricature of Americans written by a Mexican, just like Speedy Gonzalez is a caricature of Mexicans written by Americans. I suppose that some people could feel offended, in the same way that some Mexicans feel insulted when we see ourselves portrayed as a little coked up rat or a lazy sombrero wearing rancher.”

Luis Enrique Gutiérrez Ortiz Monasterio better known as LEGOM (Guadalajara, Jalisco, December 1968). As a playwright, occasional poet and storyteller, he is one of the strongest and most complex voices of Mexican contemporary theater. His unusual way of character building coupled with a sharp language stripped of poetic lyricism seduces and enchants. Loved by some and hated by others, his spell has undisputedly marked Mexico’s dramatic landscape. Winner of several national awards for playwriting including: The National Prize for Drama of Queretaro, Iberoamerican drama in 2000 (organized by UNESCO and the government of Merida), and The Fringe First Award (theatrical excellence by The Scotsman in Edinburgh Festival, 2005). His plays have had 23 productions in Mexico and abroad, and have been translated into seven languages. He is currently resident playwright of the Universidad Veracruzana Theatre Company. In 2005 he became member of the Mexican National System of Creators. For over fifteen years he has participated in independent publishing projects.

Danya Taymor is originally from Palo Alto, California and studied theater and global health at Duke University where she graduated with highest distinction. Past directing credits include #serials@theFlea, The Flying Latke, Closer, The Shape of Things, and Stop Kiss. She received a grant from the Bill and Melinda Gates Foundation and spent the summer of 2009 in Medellín, Colombia. For her honors thesis she wrote and directed an original play called You, Me, and the Devil, based on her research and interviews she conducted in Medellín. Since moving to New York she has worked on and off Broadway, assisted Darko Tresnjak and Selina Cartmell on The Merchant of Venice and The Broken Heart at Theatre for a New Audience, and participated in workshops with Peter Brook, Andrew Wade and members of Théâtre du Complicité. She is a recipient of The Van Lier Directing Grant, The Sudler Prize, Benenson Award, The Jody McAuliffe Award for Excellence in Directing and is an SDC observership fellow, and has written for the Huffington Post. Danya is thrilled to be in residence at the Flea and she is currently writing a play about Juarez, Mexico with the award winning photographer Dominic Bracco II that will premiere at The Flea. She is also the co-creator of The Shakes, the Flea’s newest late night theater series.

The Cast and Creative Team 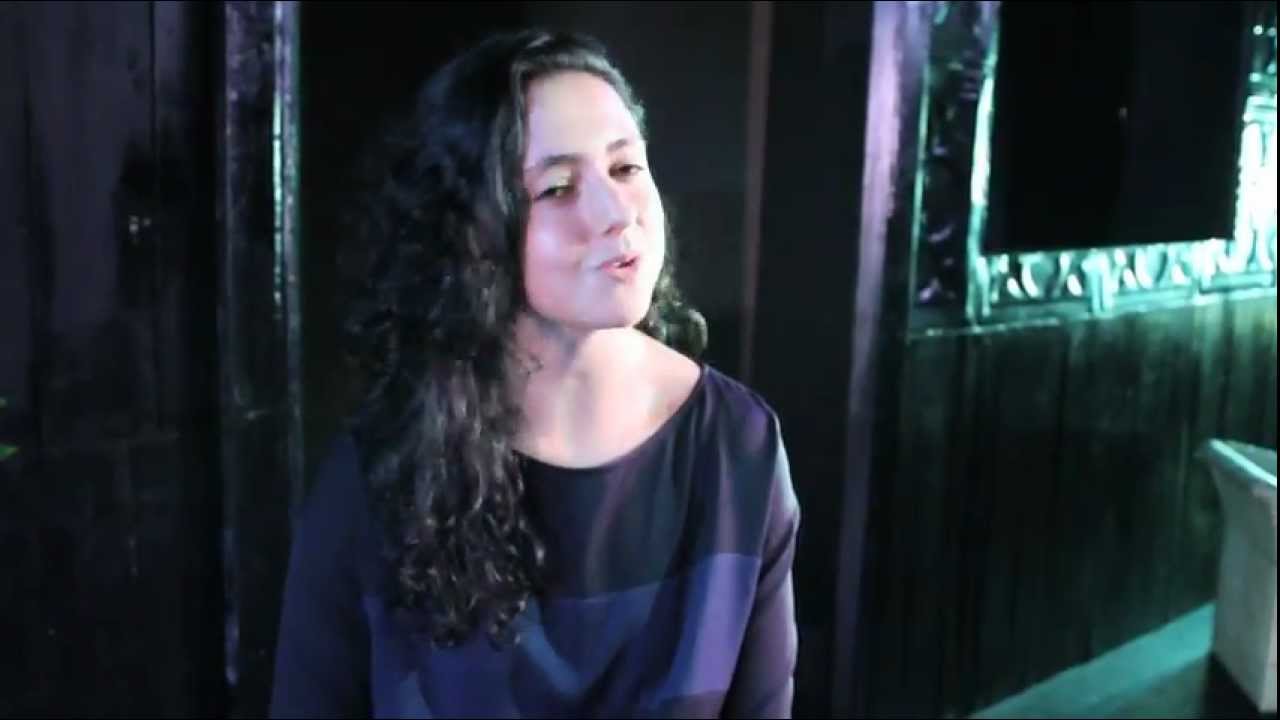 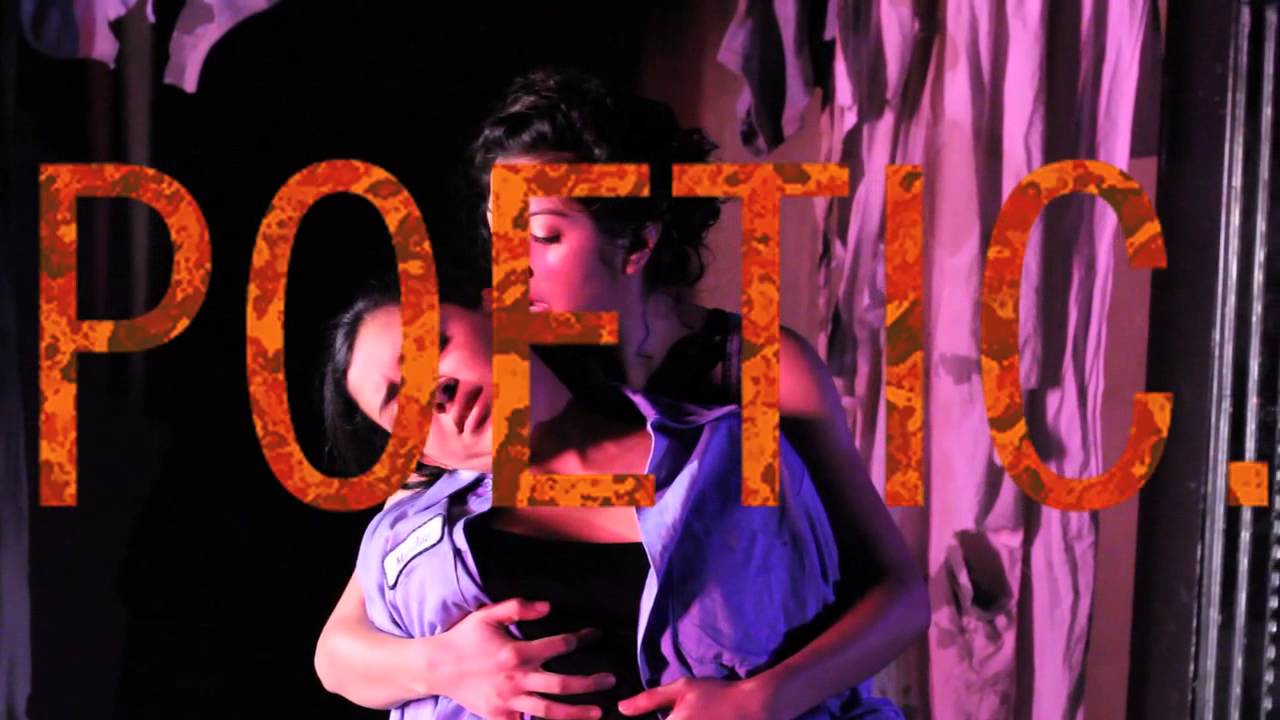