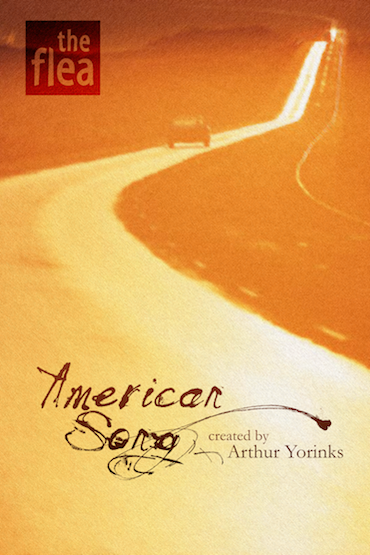 4 NEW PLAYS IN ONE WEEK UNCOVERINGAMERICA

Trains Running
1940 ~ 1945
April 16 at 7pm
Featuring Stephen DeRosa, Steve Mellor, Elizabeth Norment, Maryann Plunkett, Kenneth Ryan, Pete Simpson, and Nate Washburn
While hell rages in Europe, American soldiers ruminate about their future on the night before they ship out – and they find out war is not only over there. A play about dreams and sacrifice, fear and resilience.

Snow in Trees
1946 ~ 1949
April 18 at 7pm
Featuring Brandon Dirden, Calvin Dutton, Mandi Masden, Kianné Muschett, and Ariel Woodiwiss
~
Out of ashes, a new forest grows. Out of war, a family reunited has to face what they abandoned. A play about denial and redemption.

The Letter
1950 ~ 1959
April 20 at 7pm
Featuring Jay O. Sanders
As a suburban father walks from his house to his curbside mailbox the film of his life follows him. A play about confronting the loneliness of daily life and the small surprises that help us keep going.

Horses Race Electric SOLD OUT!
1960 ~ 1969
April 22 at 7pm
Featuring Reg E. Cathey, Steve Mellor, Max Gordon Moore, Joanne Tucker, Karen Ziemba, and others soon to be announced
Another war, a cultural revolution, battles for civil rights – America erupts. Three young friends face their adulthood with uncertainty, ambition, loyalty and humor.
A play about the search for identity, with a little sex on the side.

American Song takes its name from the way the narrative of each play in the series is inspired by a quintessential American song from the decade in which it is set. The songs, freshly interpreted, are performed at the beginning and end of each play.

Each of these new 13 one-hour-long plays, written by Arthur Yorinks and directed by Jim Simpson and Arthur Yorinks, explores the American panorama decade by decade from the late 19th century to now. The plays are gripping human dramas set in various parts of America. Says Mr. Yorinks, “I’m telling a story of America through the fictional lives of ordinary people against the backdrop of little-known and well-known historical landscapes.”

Arthur Yorinks (Creator, Writer, Co-Director, Executive Producer) – has written and directed for opera, theater, dance, film, and radio and is the author of over thirty acclaimed and award-winning books.

After veering off his path of becoming a classical pianist in his teens (studying under former Juilliard professor Robert Bedford), Mr. Yorinks has spent nearly four decades working in the performing arts, writing and directing numerous original plays including So, Sue Me, which premiered at The Kennedy Center, and the multimedia audio work, The Invisible Man which premiered at The Jerome L. Greene Performance Space in New York where Mr. Yorinks originated their theater initiative A New Theater of Sound. In opera, Yorinks was Philip Glass’s librettist for his operas The Juniper Tree and The Fall of the House of Usher, which have been performed worldwide. Mr. Yorinks’s work in dance includes collaborations with companies such as The Hartford Ballet and Pilobolus (where he helped create the full-length dance/theater piece, A Selection). In his varied and wide-ranging career, Yorinks’s work brought him into collaborations with celebrated artists including Andre Serban, Bill Irwin, Richard Foreman, Maurice Sendak, Robert Redford and legendary filmmaker Michael Powell, among many others.

Compelled by the use of sound in the theater Mr. Yorinks has, for twenty years, experimented with the relationship between audio and live performance. Fifteen years ago he formalized that passion into a company devoted to exploring, evolving, and redefining audio theater. Since then, Mr. Yorinks has written and directed over forty original audio plays. He has directed the radio works of Tom Stoppard, adapted Garson Kanin’s stage works for radio, adapted numerous literary works for theatrical audio including Kafka’s Metamorphosis and Gogol’s The Portrait as well as Dickens’ A Christmas Carol which was newly recorded and broadcast by WNYC Radio starring Brian Cox. Mr. Yorinks latest work for radio was his original adaptation of Zora Neale Hurston’s Their Eyes Were Watching God. The play opened live in New York City in February 2012, and was directed by Ruben Santiago-Hudson starring Roslyn Ruff and Phylicia Rashad. Mr. Yorinks directed the radio broadcast premiering in September 2012 on WNYCRadio. Mr. Yorinks’s opera with Philip Glass, The Fall of the House of Usher, opened the 2013 season at Chicago Opera Theater.

Mr. Yorinks’s work has been broadcast nationwide on SiriusXM Satellite Radio and on WNYC radio.