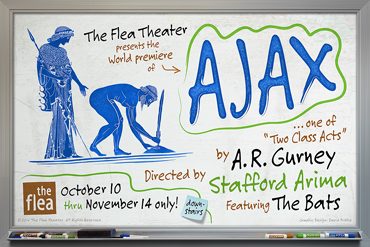 In Ajax, an intrepid student adapts Sophocles’ defining war epic to the amusement of his English professor, a passionate ex-actress, who finds herself entangled with every aspect of the play — including the playwright.