Sarah East Johnson is the founder and Artistic Director of LAVA. Founded in 2000, LAVA’s feminist acrobatic dance has become known for an explosive choreographic language that pushes the accepted boundaries of dance while embodying empowerment and offering visions of gender equality. The OBIE and Bessie award-winning 13-member company works collaboratively to create works that they perform around NYC and the U.S. LAVA offers instruction in their unique movement training to youth and adults in Brooklyn, upstate NY, and around the U.S. Johnson is also a member of Cry The Moon, a 3-person music and dance band based in Callicoon, NY. She is grateful for her time working for many years with Circus Amok and the Church of Stop Shopping Gospel Choir.

Johnson has been awarded both a New York Dance and Performance Award (Bessie) and a Village Voice Off-Broadway Theater Award (Obie) for her choreographic work with the company, and has received residencies and fellowships from The Jerome Foundation, The Heathcote Foundation, The Bossak-Heilbron Charitable Trust, Meet the Composer, Red Cinder (Hawaii), The Djerassi Resident Artist Program, The Puffin Foundation, and the New York State Council on the Arts. In 2004, she opened the LAVA Studio in Prospect Heights (Brooklyn) to house the company’s burgeoning community and outreach programs, which serve over 500 people each year, as well as a school, which served over 5,000 adults and children during its ten-year life span. 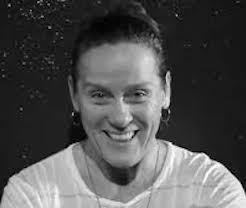