Rick Miramontez is a top Broadway publicist at DKC/O&M PR. He began his career, direct from college, as the press director of the Center Theatre Group / Ahmanson Theatre where he organized the campaigns for more than 25 major productions, including the RSC’s The Life and Adventures of Nicholas Nickleby and world premieres of Neil Simon’s Brighton Beach Memoirs and Biloxi Blues, and James Kirkwood’s infamous Legends! He was the press director for the 1987 and 1990 Los Angeles Festival, where he presented Cirque du Soleil to the U.S. media, as well as Peter Brook’s epic The Mahabharata. From 1988-1996, Rick headed his own firm, Rick Miramontez Company, which represented many of the major arts events on the West Coast, including the American Premiere of Sunset Boulevard and Disney’s Beauty and the Beast. In New York, Rick along with his friends and colleagues Richard Kornberg, John Barlow and Michael Hartman, was behind the press campaigns for Hairspray, Sweeney Todd, and Dirty Rotten Scoundrels, and was account executive for Rent, The Producers, and Long Day’s Journey Into Night. At DKC/O&M PR, Rick’s clients include Dear Evan Hansen, A Doll’s House, Part 2 and 1984. O&M Co. orchestrated the publicity campaigns for Kinky Boots, A Gentleman’s Guide to Love and Murder, and Fun Home– other shows include Beautiful, Hand to God, Bright Star, Eclipsed and School of Rock. 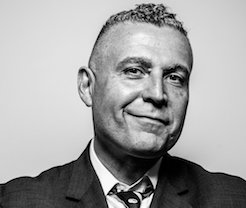