Originally from Arkansas, Qui Nguyen is a playwright, TV writer, and all around pop-culture nerd. He is the Co-Artistic Director of the OBIEAward-winning Vampire Cowboys who are often credited as the “pioneers of geek theatre” and hold the unique distinction of being the first and only theatre company ever to be sponsored by NY Comic Con. His work, known for its innovative use of stage violence, puppetry, multimedia, and diverse casting has been praised as “Culturally Savvy Comedy” by The New York Times and “Tour De Force Theatre” by Time Out New York. His plays include The Inexplicable Redemption of Agent G; Soul Samurai; Alice in Slasherland; Fight Girl Battle World; Men of Steel; War is F**king Awesome; Krunk Fu Battle Battle; and Living Dead in Denmark. His play, She Kills Monsters, was commissioned and produced by The Flea and has gone on to be produced in over 50 productions across the country. For television, he writes for the Emmy Award-winning PBS children’s cartoon, Peg+Cat. Qui is proud member of New Dramatists, The Playwrights’ Center, Ensemble Studio Theatre, and The Ma-Yi Writers Lab. 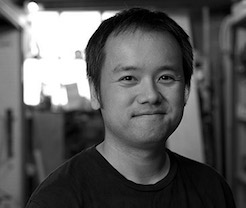