Smith was the associate director of the Tony Award winning musical FELA! – restaging that production in London, Lagos and its world tour, assistant directed the off-broadway production of The 25th Annual Putnam County Spelling Bee and both the broadway and off-broadway productions of Tony Kushner’s Caroline, or Change. He has worked on the artistic staffs of The Public Theater, Trinity Repertory Company and Providence Black Rep. He is a 35th Anniversary Artist-in-Residence at Second Stage Theatre and the Associate Artistic Director of Elastic City. 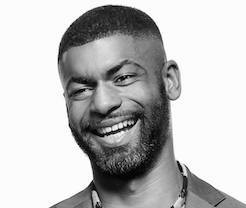