Lauren Alfano-Ishida is thrilled to bring cutting-edge music to The Flea as the Director of Music Programming. She is the soprano half of the ensemble Duo Moderne with whom she presents concerts of new and rediscovered song. Recent and upcoming performances include the title role in Handel’s Alcina, Cleopatra in Giulio Cesare, Early Music concerts with the period instrument group, Ensemble Leonarda, a new Jazz Opera recording and debut at Zankel Hall with the Eco Music Big Band, and many recital appearances throughout the Tri-State area. Lauren has performed dozens of premieres by composers from the USA, Europe, and Japan, and she developed the international De Osma Project to uncover the life and works of Spanish-American composer, Julio de Osma (1888-1938). Prior to joining The Flea, Lauren spent seven years as the Production Manager for the Hunter Opera Theater, the opera ensemble in residence at Hunter College specializing in contemporary American opera. She also teaches music to children and teens, and maintains active vocal studios in NYC and on Long Island. 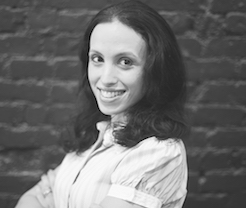