A stage veteran with fifteen appearances on Broadway, Danny Burstein is a five-time Tony Award nominee and a Drama Desk Award winner for his work on Follies. He has also performed in several Off-Broadway productions, including the world premiere of A.R. Gurney’s Mrs. Farnsworth (2004), opposite Sigourney Weaver and John Lithgow, at The Flea. He is perhaps best known for playing Aldolpho in The Drowsy Chaperone and Luther Billis in the Broadway revival of South Pacific, both of which earned him Tony Award nominations. His recent Broadway credits including Buddy Plummer in Follies, Tokio in Golden Boy, Max Hohmann in The Snow Geese, and currently Herr Schultz in the 2014 revival of Cabaret 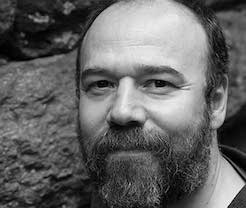