Since the inception of SERIALS in 2011, the late night programming series for adventurous audiences has served as one of The Flea’s hallmarks. Now, The Flea has instituted a writers room, featuring some of New York’s hottest young playwrights.

The SERIALS Writers’ Room is a year-long commitment. Writers are assigned to a SERIALS team, featuring a director and a group of Bats, The Flea’s resident acting company. Over the course of the year there are eight cycles of SERIALS.  Playwrights write on a rotating basis: if your play is not voted back, you get a few cycles off until it is your turn to launch another series with a new pilot.

“So many of New York’s talented early career actors and directors get started with a residency at The Flea, it only made sense that we begin to serve playwrights in the same way.” The Flea’s Artistic Director Niegel Smith said. “From pitch to production these passionate and skilled playwrights will be actively writing the culture of today. We’re all in and can’t wait to share with audiences the compelling and diverse stories they are dreaming up.” 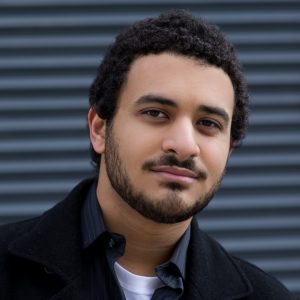 Niccolo Aeed is a black/palestinian writer and director based in New York. He is half the comedy duo Marina & Nicco, whose sketches and short films have been featured on The New Yorker, Comedy Central, Funny or Die and many more. Marina & Nicco’s plays have been produced at HERE Arts Center, The People’s Improv Theater, New Ohio Theater and Ars Nova. Individually Nicco has written and directed plays for The New York Fringe Festival, the Philly Fringe Festival, NY Summerfest and 7×7. He has written and directed sketch comedy at The Upright Citizens Brigade Theater and The People’s Improv Theater and teaches storytelling with The Moth. For more of Marina & Nicco’s work check out www.MarinaAndNicco.com. 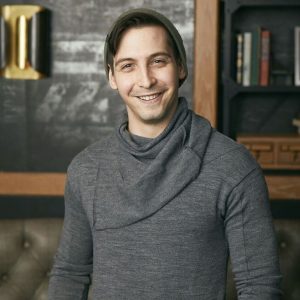 Oscar A. L. Cabrera is a New York-based actor/playwright born and bred in the panhandle of Texas. Both a son toparents who worked two jobs each and the brother of a sibling with autism, his upbringing has crafted a lens for finding the extraordinary out of the common place. His plays have been developed and produced by The Public Theater, INTAR Theater, Rising Circle, Creede Rep, BRIC, NY Madness, Black and Latino Playwrights Conference, and OMPF. He is a current member of EWG at the Public, company member of INTAR’s Unit52, and co-creator of the NYC Latinx Playwrighting Circle. 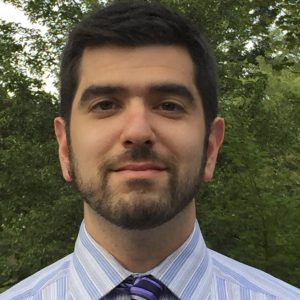 Brian Kettler is originally from Portland, Oregon.  Like everyone from Portland, Brian enjoys coffee, beer and nature, is obsessed with the Blazers and plays bass in a rock band.  He earned his MFA in Playwriting from the University of Texas-Austin, where he studied under Steven Dietz.  He is a former recipient of the Oregon Literary Fellowship in Drama. Last summer, Brian’s full-length play, Poor Boys’ Chorus, premiered in New York City as part of the Broadway Bound Theatre Festival.  His short play, Clown Room, was selected for the Theater Masters National MFA Playwrights Festival, with productions in Aspen and New York City.  He was recently commissioned by Orphic Theater Company to adapt Euripides’ Iphigenia Among the Taurians and his adaptation, Iphigenia 3.0, was featured in the 2017 Fertile Ground Festival.  Brian has worked as a tutor, teaching artist and for the past three years, has coached high school Mock Trial. 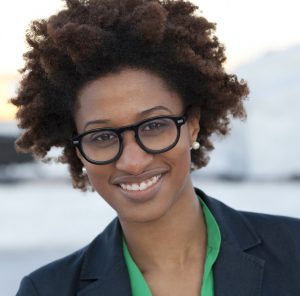 Liz Morgan was raised on oxtail, peas & rice. As an artist raised by two Caribbean doctors, she has maintained a dedication to healing and a taste for all things spicy.  She’s been published in HuffPo and developed new stage work with The Fire This Time Festival, The Lark, SPACE on Ryder Farm, Fresh Ground Pepper, Liberation Theatre Company, Judson Arts, Amios, Rising Circle, JACK, NY Madness, POTPOURRI! World Women Works Series, and National Black Theatre where she was named a finalist for the I AM SOUL Playwrights’ Residency. Other honors include the Torchbearer for Black Theatre Award, NYNW Theatre Festival (Finalist), Playwrights Realm Writing Fellowship (Semi-Finalist) and the New Works Lab at Stratford (Semi-Finalist).  She holds a Bachelors degree and MFA from Brown University where she received the Davis Wickham Prize for Excellence in Playwriting and once twerked the toga off of a frat boy. www.LizMorganOnline.com. 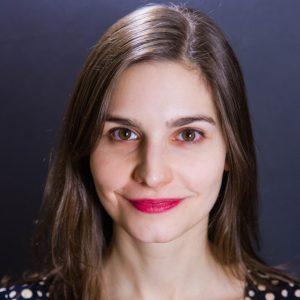 Marina Tempelsman is a writer who was born and raised in New York (where she is still based). She is half the comedy duo Marina & Nicco, whose work has been featured by The New Yorker, Comedy Central, and Funny or Die. Their play Room 4 was a New York Times critic’s pick, and their work has also been featured at HERE Arts Center, Ars Nova, The New Ohio Theater, The Upright Citizens Brigade Theatre, and The Peoples Improv Theater. They recently co-wrote a sketch comedy pilot for Fusion, and wrote and produced a web pilot (Smüchr) for BRIC TV. In the summer of 2010, Marina was a Guest Artist at the Kennedy Center Summer Playwriting Intensive, where she studied with Theresa Rebeck, Marsha Norman, David Ives, Jason Robert Brown, Gary Garrison, and Heather McDonald, among others. She co-wrote the Comedy Central series At the Office Microwave, and currently teaches and directs for The UCB. www.marinaandnicco.com 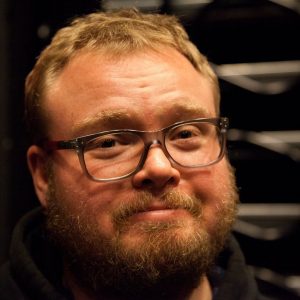