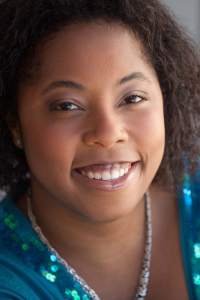 Kimille Howard is a New York based director, producer, writer, filmmaker, and occasional sound designer from Carmel, Indiana. She is currently a Jonathan Alper Directing Fellow at Manhattan Theatre Club and a NYTW 2050 Directing Fellow for the 2019-2020 season. Kimille recently directed LOW POWER by Jon Kern in EST’s Marathon ‘19, BLACK GIRLS ARE FROM OUTER SPACE by Emana Rachelle at the National Black Theatre, Skeleton Crew by Dominique Morisseau at TheatreSquared and TRIGGERED by Gabriel Jason Dean at the Cherry Lane Theatre. Kimille was awarded Best Director at the 2016 Thespis Festival for It’s All About Lorrie by Joseph Krawczyk at the Hudson Theater and remounted the production for a commercial run at The American Theater of Actors in 2017. Her work has also been seen at The Flea, The Lark, MTC, Manhattan Repertory Theater, The National Black Theatre, JAGFest, NYU, Atlantic Acting School, and the Producers’ Club among others. Kimille is the assistant director to Des McAnuff on Ain’t Too Proud: The Life and Times of the Temptations, which opened on Broadway in spring 2019. She has worked with Ruben Santiago Hudson, Emily Mann, Stephen Wadsworth, Jessica Stone, Jade King Carroll, Niegel Smith, Lorca Peress, and Melissa Maxwell. She is the co-program director for the Amoralists’ Wright Club and has produced shows at the HERE Arts Center, FIAF, and more.