She Kills Monsters – The Flea Theater
Skip to content “Deceptively breezy & rather ingenious. The whole enterprise is kind of dopey and kind of invigorating and kind of remarkable. It will slash and shapeshift its way into your heart.” -The New York Times

“Packed with action, wit & a sizable nerd-quotient, the production is a delight from start to finish.” -TheaterMania

“Positively slays the audience. Delightfully farcical. It truly must be seen to be believed.” Stage & Cinema

“Parker’s amusing & imaginative staging sucks you right in, and it is hard to picture a more engaging & spirited company of actors.” -CT Post

“When the show was over & the lights up, I sat in my chair for a few seconds with a quiet smile on my face. Worth seeing.” -CurtainUp

The Bats are back and ready for action in The Flea Theater’s world premiere production of SHEKILLS MONSTERS, a comedic romp into the world of fantasy role-playing games, written by Qui Nguyen and directed by Robert Ross Parker. Previews begin November 4, with opening night slated for Thursday, November 17.

In SHE KILLS MONSTERS, Average Agnes is finally leaving her childhood home following the death of her totally weird sister, Tilly. When she stumbles upon Tilly’s Dungeons & Dragonsnotebook, however, Agnes embarks on an action-packed adventure to discover more about her sister than she previously cared to know. A high-octane comedy fraught with hostile fairies, randy ogres, and ‘90s pop culture, SHE KILLSMONSTERS is a heart-pounding homage to the badass (& geek) within us all.

The Flea Theater will also host the Dungeons & Dragons-inspired art exhibit DOOMSLANGERS. Successfully presented at New York’s Allegra LaViola Gallery last winter, Artist Casey Jex Smith brings to life a Dungeons & Dragonsadventure to save the mythical city of Dingershare from the evil Lord Ricaek. The exhibit can be viewed in the Flea’s lobby one-hour before the show.

SHE KILLS MONSTERS runs November 4 – December 23, Tuesday through Saturday at 7pm and Saturday and Sunday at 3pm. The Flea is located at 41 White Street between Church and Broadway, three blocks south of Canal, close to the A/C/E, N/R/Q, 6, J/M/Z and 1 subway lines. Tickets are $25 and are available by calling 212-352-3101 or online at www.theflea.org. Please also note, all Tuesday performances are Pay-What-You-Can (one ticket per person; subject to availability at the door only) and Saturday matinees are $10.

Recent scripts include the hip-hop musical Krunk Fu Battle Battle (East West Players), Soul Samurai (Ma-Yi Theater & Vampire Cowboys), Bike Wreck (Ensemble Studio Theater), Aliens versus Cheerleaders (Keen Teens), and the widely critically acclaimed Vampire Cowboys productions of Fight Girl Battle World and Alice In Slasherland. Time Out New York cited Qui as one of ten downtown “Playwrights to Watch” and The New York Times has praised Qui’s writing as “culturally savvy comedy” and “ambitious entertainment”. Qui is a proud member of New Dramatists, the Ma-Yi Writers Lab, Ensemble Studio Theatre, and The Playwrights Center. Currently, his writing can be seen in HERE’s production of Lush Valley and coming this February 2012 will be the Off-Broadway run of The Inexplicable Redemption of Agent G at Theater Row being produced by Ma-Yi Theater and Vampire Cowboys.

Robert Ross Parker is a Brooklyn based theatre artist. He is the co-artistic director of the Obie award winning Vampire Cowboys with Qui Nguyen (Nguyen, he, and the company were listed among NYtheatre.com’s 2004 people of the year.) For Vampire Cowboys he has co-authored and directed Vampire Cowboy Trilogy (published by New York Theatre Experience), and A Beginner’s Guide to Deicide, and directed Soul Samurai, Fight Girl Battle World (nominated IT award for best direction, best production, winner best ensemble) Men of Steel, Living Dead in Denmark, and Alice in Slasherland. Other recent directing credits include Goodbye Cruel World (Roundtable Ensemble) Hamlet{solo} (Edinburgh 07, SoloNOVA 08 at PS 122, Canadian tour) Children’s Letters to God (national tour), Stained Glass Ugly, Slicing Andre (both by Nguyen) Lady Convoy (NYC Fringe) and numerous readings for Ensemble Studio Theatre where he spent a season as young director in residence. At the Toronto Fringe Robert directed Pseudolus and A Midsummer Night’s Dream Project for Cabbagetown Theatre. He was the associate director for Silent Laughter off Broadway, the assistant director for High Fidelity on Broadway and has assistant directed at many theatres including, EST, People’s Light and Theatre Co, Toronto’s Soulpepper and Barrington Stage Co where he served as assistant to the artistic director. For LAByrinth Theatre he co-produced the Barn Series in 2002 & 2003. Robert is a graduate of Ottawa’s Arts Canterbury High School and its BOFA improv team. He holds a BFA in theatre performance from Concordia University (Henry Gamer award for acting) and an MFA in directing from Ohio University. He is the editor of The Dramatist, the Journal of the Dramatists Guild of America. 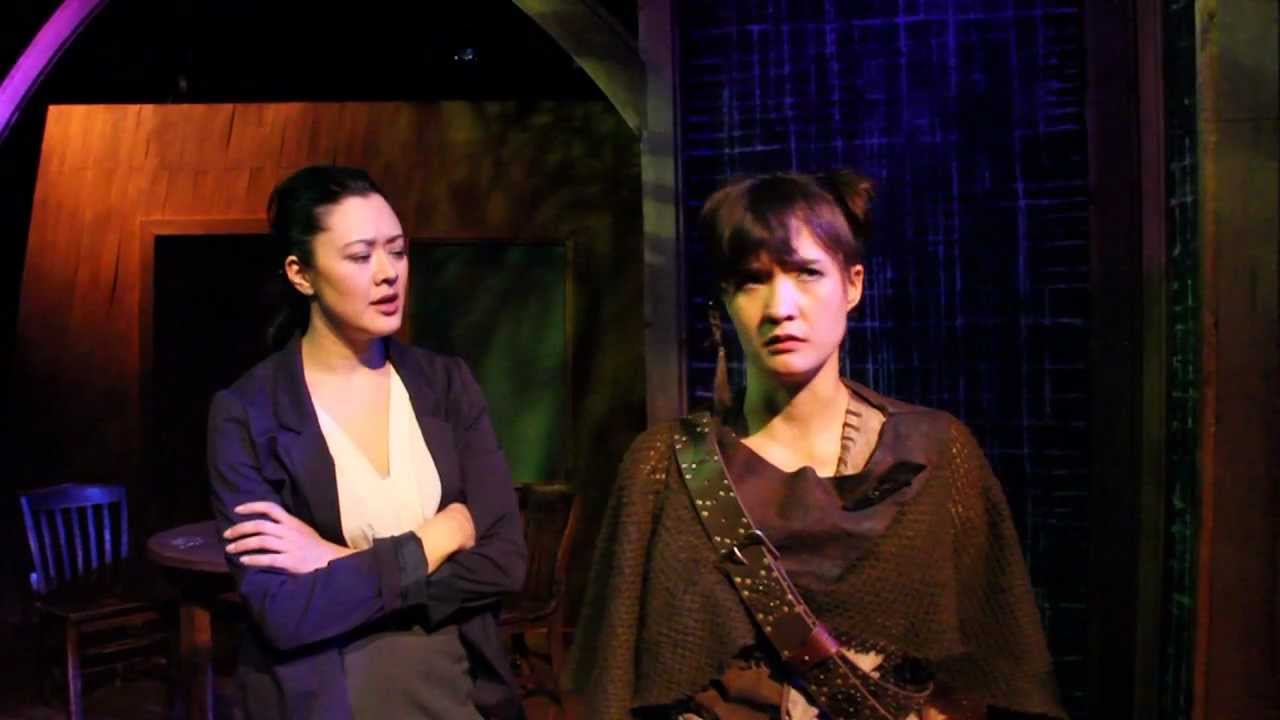 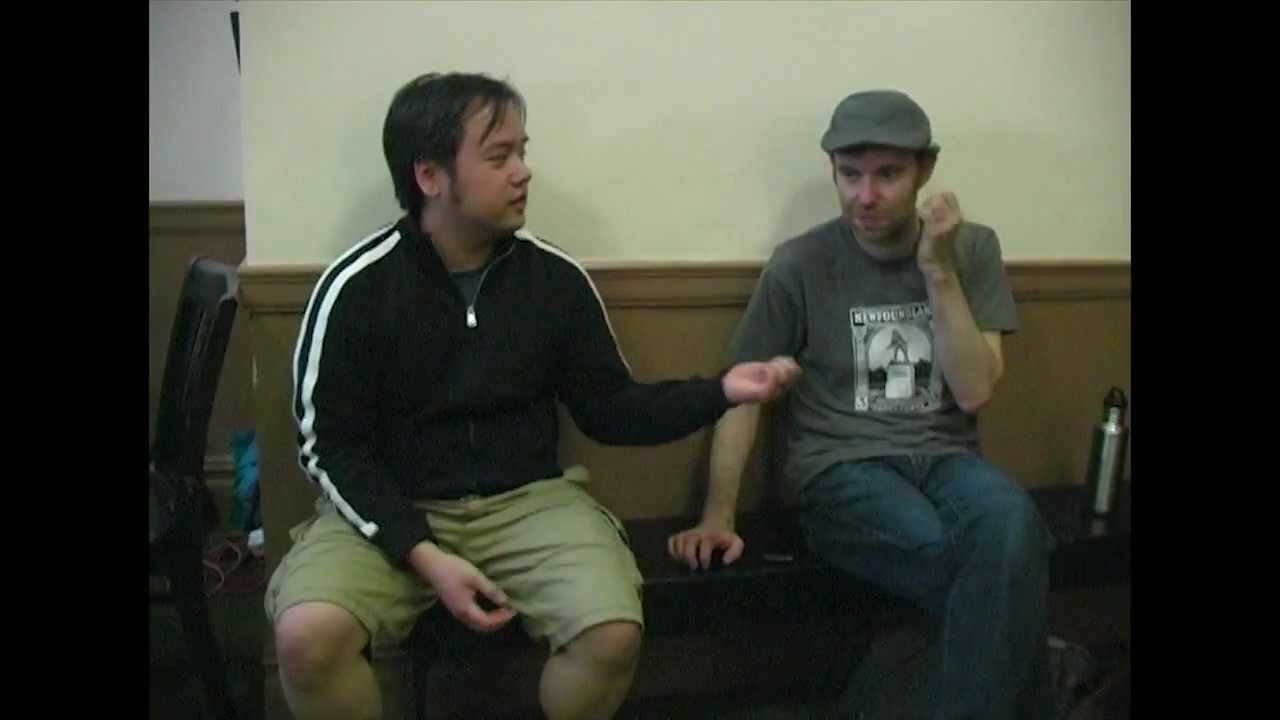